Update: Blog updated at link below.

I’ll be using this post to update progress on my “Captrex”.
The quick overview is… the Vectrex… it’s a vector based games console from 1982. No pixels, just silky smooth lines.
How would you take a screen shot of such a wonderous device? Cameras with their filthy pixels? Never! 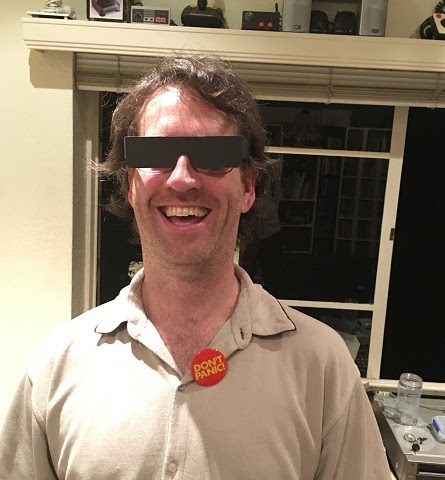 How’s it going on the challenge mate?

I’m just writing up the blog post now! It’s been a hell of a few weeks as I’m also on the team that organises the huge “Pax” expo’s classic gaming area, so had FIVE machines to restore and get working! It’s all detailed in my post which I’ll upload tonight.

Here’s the blog post. It’s a big one. Collating all my notes and media from the last 2-3 weeks took a while. I certainly didn’t have time while Pax was coming up! 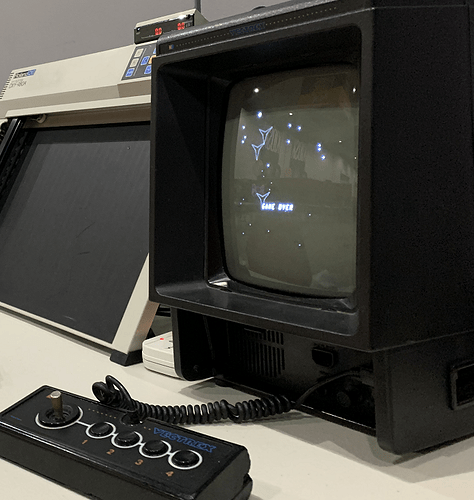 Hello! Our retro challenge is to take a 'screenshot' of a Vectrex in the most convoluted, nerdy and pointless way possible! The team is Cameron Bonde on concepts/programming/repair and Andrew Baxter (AJ) on analogue electronics and ideas.

Ok next. So I really just need to fix some minor and major bugs. The main one being that if I send too many points, it simply stops. It turns out that it’s got a ‘massive’ 2.5kbyte memory! They say it’s big, but even in 1985 that would have been small? You can get a 10k memory expansion apparantly, which I don’t have.
I’ve found in the old manual that the plotter can actually send back the current buffer level. So I’ll be trying that. I’ve segmented the HPGL plotter command buffer into small chunks that’ll I’ll send when the buffer is mostly empty. 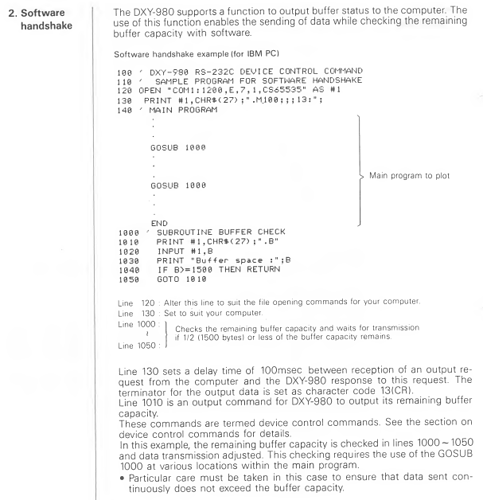 Note: Update with images at my blog (I can’t embed more than one media item here)

This is weird. But I’ve had to be in Tasmania for the last week, which is a bummer since this is mostly a hardware project… but wait! What if before I go, I hook up a laptop with TeamViewer and a webcam!
This is so dumb, but it works Now to send an escape code to trigger the Plotter to return the buffer.
There’s 3 ways to do it, including a hardware cable signal, but I’ll just use the one that returns the actual space left in the buffer.

Doing it in Unity seems easy enough, but it doesn’t seem to work. There could be a load of reasons why, so I’ll try and isolate the problem.

I’ll just use ‘RealTerm’ a terminal program that can actually send escape codes to do a test.
Exactly 2.5kbytes as promised!

Time to get it to work in Unity. It should be easy… it but trying a bunch of things doesn’t work.

After much gnashing of teeth it turns out that Unity uses a version of .net (mono) that DOESN’T support serial incoming c# events and only polling of the serial port seems to work. That was really annoying, but at least I get the buffer value now.

ps, my “Ploview” HPGL viewer ran out of trial period, but yay, it seems “Inkscape” supports opening and saving directly to HPGL.

Ok, I’ve been flagged as a spammer, so that’s odd! I guess just check the blog above and I’ll post updates there. Discussion or comments are still here.
Ah, I see it’s hidden my other posts. Go to cams obsolete dot com

Hopefully the mods can unflag those posts. @moderators can also allowlist links to your domain.

But everyone thought it was bizarre and amazing and many said it was the highlight of the expo.

That’s a great statement to be able to make!

That’s for tagging the mods. Yeah it’s a great motivator to get normal non-techy, but still nerdy random people to be amused by how crazy it is. I think of it like a Rube Goldberg machine, mainly because it’s really fun to watch plotters!
I didn’t have time to implement the next phase of silly ideas for the end of the day, but over the next 2 weeks I’ll have some of them done, so I’ll post here.
Basically a little animated flip book, a paper craft Vectrex with real screenshot and an action replay feature on the real Vectrex crt!

Here’s my “Vectrex Captrex” screen capture machine at Syntax Party 2022. It was the right audience for such nerdery!
Added video to top of blog

Hmm, that’s annoying. I uploaded it to youtube and replaced the embed. Try that.

Thanks - the big embed at the top works perfectly for me now! (There are still half a dozen short video clips which aren’t…)

I too have long had a fascination with vectors: got a hand-me-down HP plotter, and bought a used Vectrex… but the Vectrex video stopped working so after some 30 years I sold it on to someone who thought they might be able to investigate and fix.

Oh cool. Yeah the serial commands are actually HPGL, so HP’s standard. I guess that means it should ‘just work’ with HP plotters