Developed by Mark Eppley of travelling software in 1983 it was originally designed as a solution to transfer data between two PC computers before the days of Ethernet and other networking types.

Originally based on Parallel port transfer use a null parallel printer cable, it was later developed also in a serial version and now USB versions.

Later versions cables were colour coded to show their use as a null cable with yellow for parallel, blue for serial or combination cables and orange for USB (which require a chipset inline) 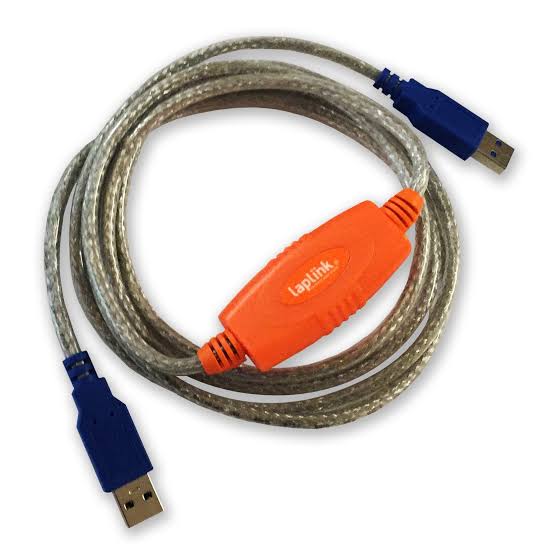 I haven’t heard the word ‘Laplink’ in 23 years! Used it to connect my PC to a mate’s back in high school to share media before CD burners became ubiquitous.